Showing posts from September, 2019
Show all

Let's begin with the obvious.  Who is Aura?  Aura is a husband/wife//son trio originally from Massachusetts.  Paul Jerard, who is 37 years old and may be living in Charlotte, North Carolina, has reported that he owns Aura Wellness. This is suspicious because Aura Wellness tells us that "Dr. Paul Jerard" owns Aura Wellness.  Who is Dr. Paul Jerard?  Let Aura Wellness tell you who he is: "Dr. Jerard" has been studying yoga since 1963, certified since 1987, has trained over 5,000 students and became a "Master Yoga Teacher" in 1995.  (Is that the same thing as a 500 Hour Yoga Teacher?) He doesn't include in his bio where he trained, which is odd.  We turn to Yoga Alliance to see (a) if he is registered and (b) where he trained. He provides minimal information and registered in 2008, even though he has been doing this since 1963 and certified since 1987.  This could even be the son, Paul Jerard Jr., age 37, who identifies himself as CEO o
Post a Comment
Read more 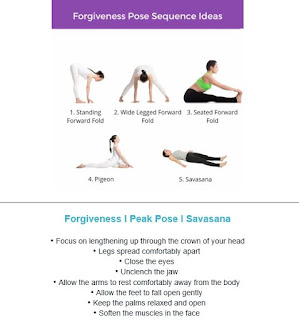 We subscribed to their email list.  They emailed out a suggested "sequence for forgiveness."  The peak pose was savasana. There is nothing wrong with this sequence... I guess.  It is unusual.  You cannot smoothly transition from wide legged forward fold to seated forward fold.  The same is true for seated forward fold to pigeon.  And, to say the peak is savasana leaves us questioning whether or not these people even practice yoga or if they are just trying to cash in on an industry that is growing in popularity. For the $425, you get what you pay for.  The training can be completed in less than 10 hours and should not be categorized as a 200 hour yoga teacher training. The only portion of the YogaRenew Teacher Training that we thought was quality was the anatomy videos.  The anatomy videos are form Yoganatomy.  They use his videos exclusively for anatomy and adjustments.  They are pretty much repackaging his content as their own and then testing you on it. We don&#
Post a Comment
Read more
More posts